The Road of Light is a linear puzzle dungeon that is mostly system agnostic but is compatible created for the rules light ttrpg MÖRK BORG.

This adventure can be played as a 1 shot or as a way to steer players to Alliáns. Average Playtime is 4-7 hours. The Road of Light itself is an experiment that has some drastically divergent gameplay when compared to many other Mörk Borg scenarios. The Road of Light focuses not on combat but instead on puzzle solving. Often this scenario has no combat at all. The Road of Light instead presents itself as a tool to bond a small party together, via new lore, class changing, and puzzles that force players to work together. It also feeds into a larger epic spanning multiple Mörk Borg compatible ttrpg books that are currently in the works by newyear Studios.

"The path before you hums with energy as the ground under your feet slowly begins to glow with white light. The withered grass and charcoal black dirt disintegrate and float away into a pitch-black moonless sky. An illuminated road burst out in front of you clearing a path into the distance. The world shifts as the hills and valleys flatten, conforming to the will of this ”Road of Light.” PCs have been chosen by an unknown god of light to be tested and led to its god throne. Gates create barriers preventing progression until some lesson has been learned or some twisted will is appeased."

Within this document you will find the following:

- 11 unique and challenging riddle/clue based puzzles for your players

If the names of the Puzzles in this book seem strange or even familiar that's for a reason. Each one is the name of a track from the album Open the Gates by Manilla Road. Check out the album here and give it a listen as you play.

This project was developed for submission to the MÖRK BORG Album Crawl: Jam Session 2: ALBUM CRAWL ROCKS THE 80s

- Themed after an album from the '80s | No problem, Open the Gates by Manilla Road

A physical copy of this supplement will be available later this year via an all new newyearstudios.com website.

The Road of Light - A Linear Puzzle Dungeon is an independent production by Alex K. Barton of newyear Studios and is not affiliated with Ockult Örtmästare Games or Stockholm Kartell. It is published under the MÖRK BORG Third Party License.

In order to download this game you must purchase it at or above the minimum price of $7 USD. You will get access to the following files:

Excellent work! I can't wait to dive into it.

This is one of the best adventures I have read this year and will soon run it. Simply amazing style & writing.

This is great! Any chance of getting a page version?

Glad your enjoying the work! Do you mean just a single pages instead of the current spreads? I mean Its no trouble I guess if that's what your asking for. Please confirm and I will do that for you.

Yes please, single pages would be great :) Thanks heaps.

Will do! Thanks for asking :D happy to help. Will upload sometime this week.

Also, please do give the project a review if your enjoying it. It really helps! Thanks again! 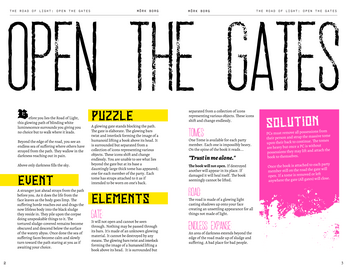 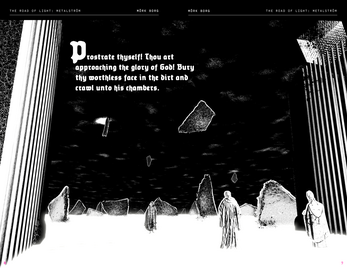 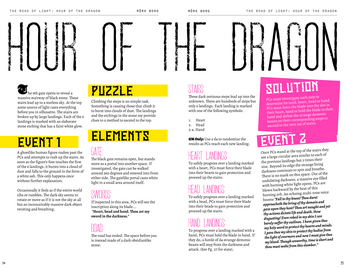 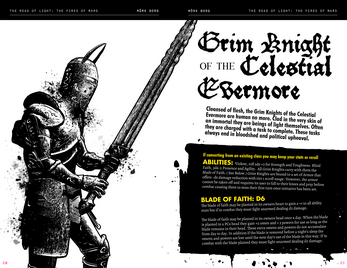 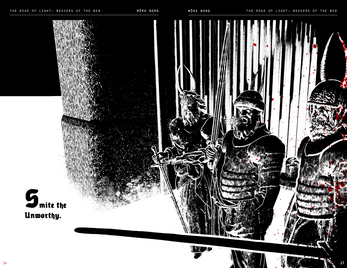 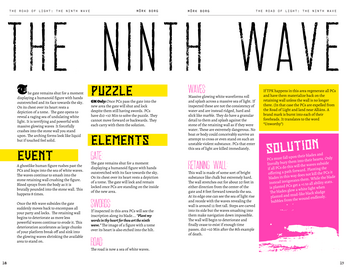 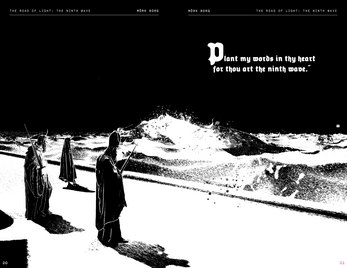 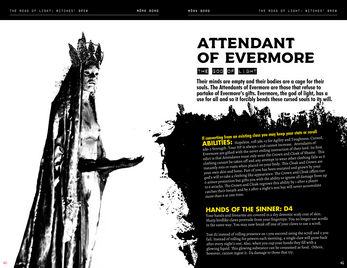